The Supermono class is for prototype four stroke, single cylinder racing motorcycles with no restriction on design, construction and permitted modifications. At the end of September, the Supermono Cup final took place and AMM student Jerry van the Bunt was one of the favorites.
Three exciting races took place that weekend and during all the races ten AMM students held homemade posters and cheered from the grand stands at the Slovakiaring in support of Jerry, one of their own AMM colleagues. The support of Jerry´s AMM fan club was highly effective: Jerry ruled race 1 getting an amazing advantage from lap 2, another win for Jerry in race 2 and race 3 as well. After that race Jerry´s black and yellow bike rolled to the front, its fairings littered with bugs squashed from sudden impact with the motorcycle cutting through the air at up to 240 kmh. As Jerry’s racing machine was lifted by the rear wheel onto its stand, his family and race team began hugging, shaking hands, and giving one quick slap on the helmet to congratulate Jerry. Shortly, other riders came to shake Jerry’s hand. On this windy sunny day in Czechia, Jerry held high his fourth and final trophy of the weekend - The FIM European Supermono Cup. More info at: https://www.supermono.nl/single-post/2019/04/28/Van-de-Bunt-overpowers-the-Supermono-Cup-with-three-wins-at-the-Slovakiaring.

Of course, this was not Jerry´s last title, who started racing motorcycles when he was just eight years old. And it certainly won’t be the last, even for 2019. Jerry now races in both the FIM European Supermono Cup and the HEL Performance British Motostar Championship. “Beside Jerry´s sportive performance I'm deeply fascinated with his time management skills. Jerry organizes and manages his European-wide racing assignments himself, organizes sponsors and all that in addition to full-time studies at our university and part-time employment at KTM as well", AMM head of studies Dr. Kurt Gaubinger sums up impressed. 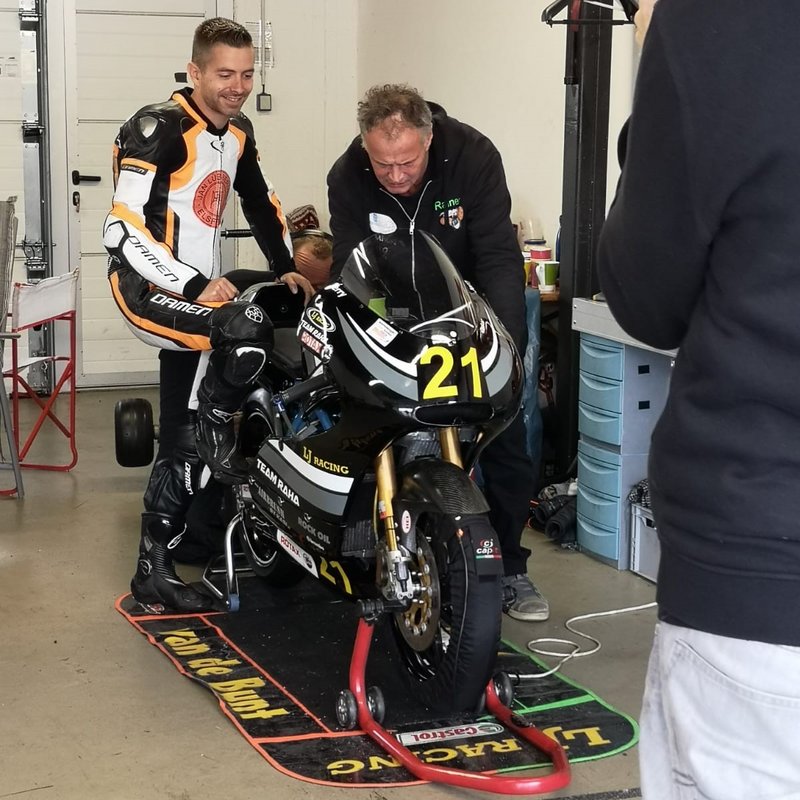