HAGENBERG. Verena Mitterlehner from Rechberg was APPtimal Software’s "Entrepreneur of the Month".

From an individual entrepreneur to a small business with three employees: this path was successfully taken by Verena Mitterlehner in July, 2014. "It took quite a lot of consideration to employ the first employee at my company APPtimal software solutions. It was a big step for me." She had desperately needed support, "I could not do anything else” the now 29-year-old recalls many all-nighters as a lone fighter.

As a young entrepreneur in the male-dominated IT industry the software engineer, who lives in Rechenberg, has already earned her spurs, customers and prizes. She received the "Women in Business" award for "Entrepreneur of the Month" from the Austrian Chamber of Commerce. "She managed to develop her initially part-time led business from a one-person company into a successful and growing company," said Margit Angerlehner, state chairperson of Women in the Economy.

She learned most about how to run a company from her mentor Bernhard Aichinger in the framework of the mentoring program for one-person businesses - and can work around the many pitfalls of young entrepreneurship.

Mitterlehner has chosen accessibility as a differentiator for her software. A related development is her own app IVO, which, for example, shows on the phone or even reads out information about places of interest to visually impaired people. Other projects included the delicacy app for the Chamber of Agriculture or the program "Good Find" for regional products.

The road to businesswoman was in no way predetermined: Mitterlehner worked in an office for six years (Greisinger in Münzbach, her place of origin). Afterwards she graduated in Mobile Computing from the FH Hagenberg, "because software development has interested me since I was a child," she says. The headquarters of the company is now in the Hagenberg Software Park.

Four months ago Mitterlehner became the mother of baby Samuel. "That was quite a challenge and really not easy," the young mother says. "But in my line of work a big advantage is not to have to be in the office from 8am to 5pm. It does not matter from where and when you work." It’s not surprising then that at present her main working hours are evenings and weekends. 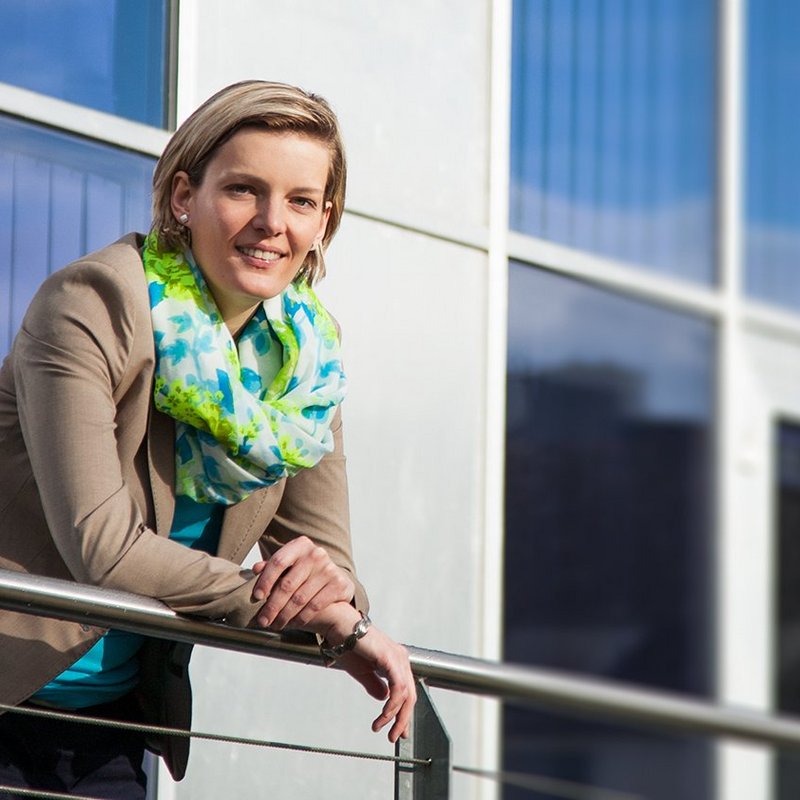