On 3 May at the Wels Campus five international graduates of technical degree programmes told us why they decided to live in Upper Austria after graduation. More than 50 students listened enthusiastically to the speakers and took the opportunity to ask their most burning questions about their careers.

Young adults have to make two difficult decisions in their lives: Who do I want to marry ;) and where do I want to work? A clear answer to the second question was given by Neha Ghanbahadur, Arihant Seth, Aída Susana López Méndez, Allan Sanchez and Grant Pringle at the Career Talks for Internationals at Wels Campus in Upper Austria. Originally from India, Mexico, Panama and South Africa, they found a new home in the country where they studied.

Arihant Seth and Grant Pringle knew quite quickly what they were looking for and hit the bull's eye with a job at BRP-Rotax and KTM respectively. Neha Ghanbahadur did several internships in different companies during her studies before she decided on a position at BlueSky Energy. Allan Sanchez was referred to his current employer Fronius by a professor and Aída Susana López Méndez started her career at the start-up Runtastic, whose development into a global player she played a major role in shaping.

The key to success: understanding each other

When asked what important lessons they had learned in their early years in Austria, there was unanimity on one point: German language skills are crucial if you plan to gain a long-term foothold here. Some of the discussants learned this at the beginning of their studies, as they came to Wels at a time when there were no English-language degree programmes on campus. Others had a bit of a grace period, but quickly realized after entering professional life that without sufficient knowledge of German, they missed out on essential information that is exchanged mainly in break-time conversations and during meetings in their free time.

Furthermore, they had to learn to deal with cultural characteristics such as accuracy, punctuality and directness, which they now appreciate. The panellists were also positive about the bureaucratic simplifications that have taken place in this country in recent years. While some of them still had to struggle with VISA problems and missing work permits during their studies, the hurdles for third-country nationals have now been largely abolished and the effort for employers has been greatly reduced.

Towards the end of the event, the five panellists found another thing they had in common: they stayed mainly because of love. On the one hand because of the love for their partners, whom they met here, but also because of the love for their job and for the country and its people. One of the panellists summed it up as follows: "Austrians are more open-minded and friendly than they think. A nice praise, which hopefully will be expressed by many more international graduates who settle permanently in Austria in the future. 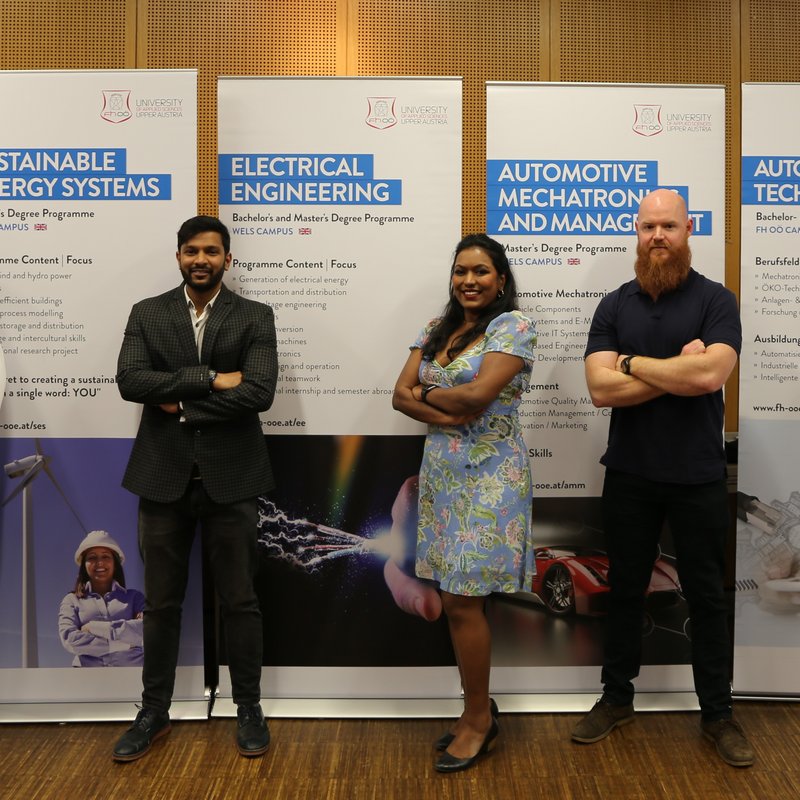