Just recently, the RoboCup world championship took place in Hefei (China). Thousands of excited visitors were drawn to the various robot contests. A team of 9 students from the FH Upper Austria degree programme “Automation Engineering” in Wels was among the international contestants. With their rescue robots “Mark”, “Scorpion” and “Safir”, the students from Wels came in second in the category “Best in Class Manipulation”. “It’s a good feeling to compete and to keep up with the best teams worldwide!” says team leader Raimund Edlinger. In the overall ranking, the FH Upper Austria team came in 8th and was therefore the second-best European team. It was a great experience for the whole team. 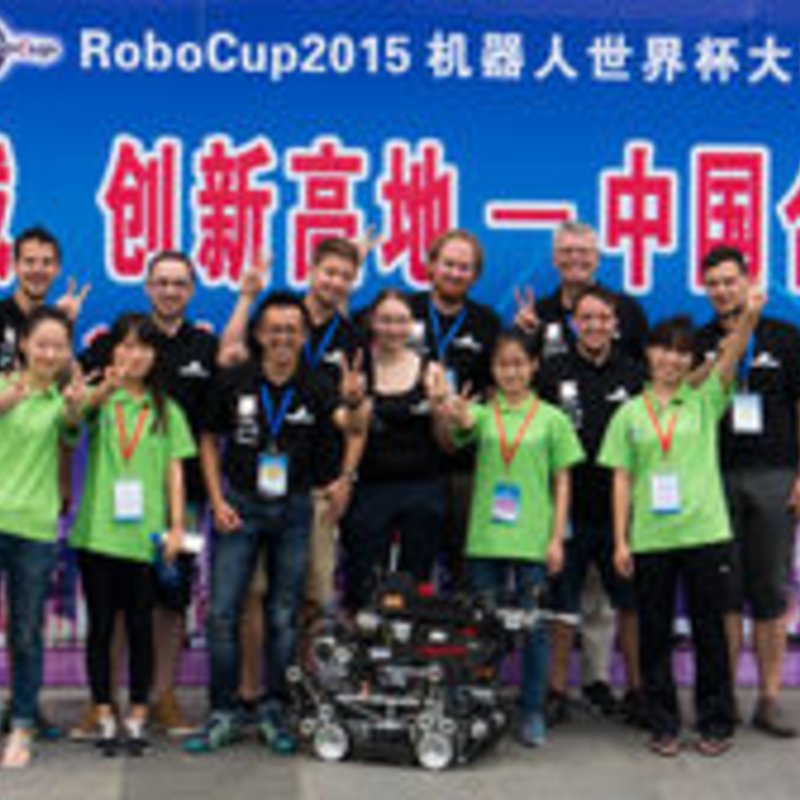