The University of Applied Sciences Upper Austria Robo-Racing-Team claimed the title of European Champion, winning first place and two second places in the Sumo Robot Championship in Vienna. The Auditorium of the Sciences was the scene of the world's largest robot competition last weekend. The event was hosted by the Austrian Association for Innovative Computer Science and the Federal Ministry for Science and Research. Over 600 participants from 23 nations competed for the medals, and of the total of 60 Austrian robots the Robo-Racing Team placed third overall in the tournament in five different sumo disciplines. 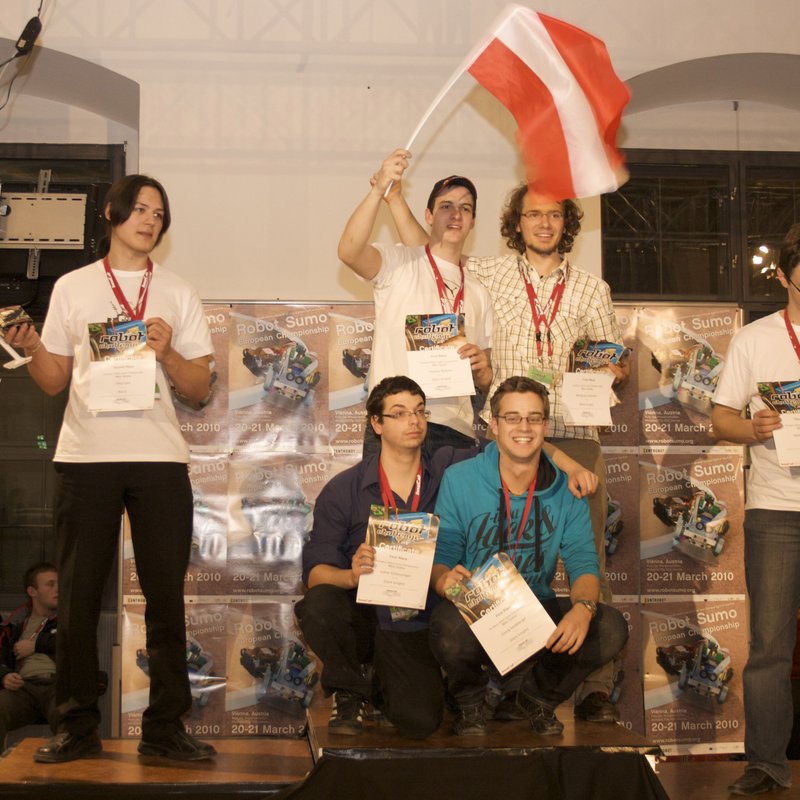