The belief that some ethnic or other groups of humans possess different behavioural traits or special physical appearance and are superior or inferior, still has many followers - in Austria just as well as in the rest of the world.

The movement „Black Lives Matter“ shows, that racism is not only discriminating and suppressive, but also kills. But already long before people had to die because of the color of their skin, humans who do not correspond with a made-up stereotype of "an Austrian", are given a hard time because of every day racist behaviour of others.

A women, for example, informs the Gleichbehandlungsanwaltschaft ("equal treatment advocacy") in course of the initiative "United against Racism": "Last year I finished my education. Anyhow I cannot find a job, because I am wearing a headscarf. I do not know any more, what to do."

Discrimination at work, in school, in restaurants, at authorities, when buying an apartment etc. is unfortunately part of everyday life for many. People, whose skin color, religion, clothes, language or descent does not match a fictitious "norm", are insulted and have less rights and chances. These discriminations do not only have negative consequences for those who experience it, but to all of us - because racism divides our society.

Brave people already fought for their rights and showed that racism does not have any place within our societies, anyhow we still have a long way to go.

As an Higher Education Institution the FH OÖ is bound to its 10 applied principles which do not permit any form of discrimination. If anyhow a person belonging to the FH or applying feels treated unfair, please do not hesitate to immediately contact the Gender and Diversity Management Conference at diversity@fh-ooe.at. 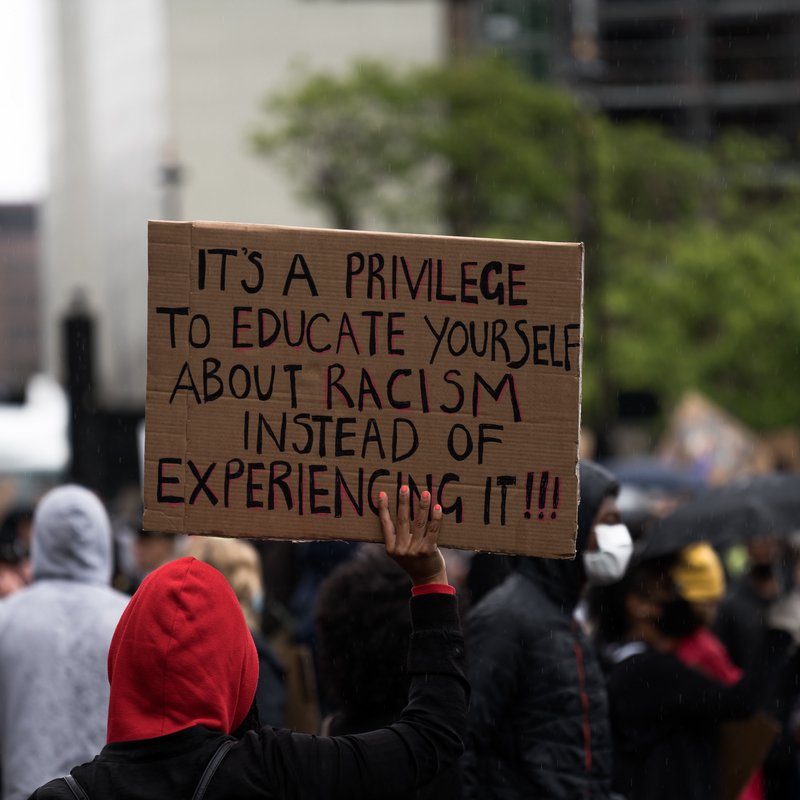 [Translate to English:] Photo by James Eades on Unspash